With roughly 25 years experience behind the decks and in the studio and with career history steeped in the inception of electronic music, ELECTRIC GARDENS is psyched to announce yet another superstar addition to the line up! 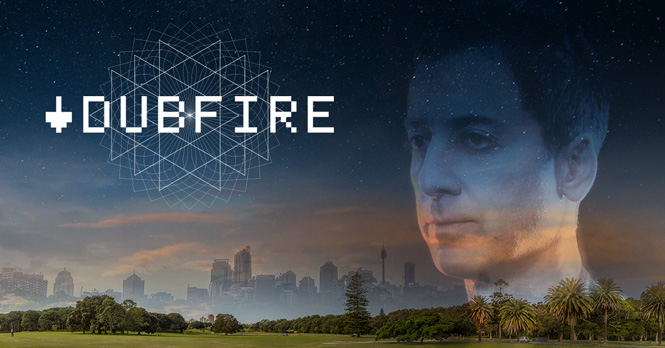 “Dubfire definitely needs no introduction; his forward-thinking musical dexterity has been at the forefront of electronic music scene for years. The crowd roared as Dubfire’s deep and dark introduction lingered and seeped through the hall before he unleashed the first thunderous drum, reverberating through the Wesleyan chapel. Dubfire whipped the crowd up in an underground melting pot of sounds.” – SKIDDLE.COM (October 14, 2015)

From global commercial success to dominating the underground scene, Grammy award winning DUBFIRE is an artist whose drive, talent and intuition have placed him within the top tier of electronic music artists in the world. Whether it’s his involvement with Deep Dish, his solo performances at the world’s most influential clubs and festivals, running his label SCI+TEC, or simply his exploration of audio and visual technology, DUBFIRE is in a class of his own. As one half of the hugely successful Deep Dish, DUBFIRE dominated electronic music for well over a decade. The release in 1998 of their ground breaking album ‘Junk Science’ sent critics world-wide into ecstatic meltdown and saw Deep Dish thrust into the forefront of musical dominance world wide.

With his deep love for underground house and techno, DUBFIRE quickly integrated himself into the minimalistic techno scene and produced several key releases that cemented him as a true visionary and a force to be reckoned with. From ‘Ribcage’, ‘Emissions’ and ‘Roadkill’, to his work with Oliver Huntemann and his remix of ‘Spastik’ by Plastikman, DUBFIRE’S creations perfectly display his musical dexterity and depth of aural knowledge.

Never satisfied with the status quo, DUBFIRE spent two years crafting a live show (HYBRID), a concept that has wowed audiences since its launch in 2014 and described by Thump as, “unlike anything we had previously seen or heard before anywhere”. With over two decades of experience in the music, DUBFIRE continues to push the envelope challenging himself and the definition of electronic music.

ELECTRIC GARDENS recently announce two very special VIP options for festival goers who love to escape the hustle of the busy crowds with an exclusive second set from NORMAN JAY MBE! If you’ve already purchased don’t worry it is easy to upgrade through Moshtix: http://www.moshtix.com.au/v2/event/electric-gardens-festival/79418

We welcome the Return To Rio clan as they takeover this new area! Rest assured our friends from Wisemans Ferry have been planning something very special for months! ‘The Hangout’ is your getaway to a private chill zone with shelter, private bars and extra amenities to help you enjoy your Electric Gardens experience.

Tickets to both options are available through Moshtix: