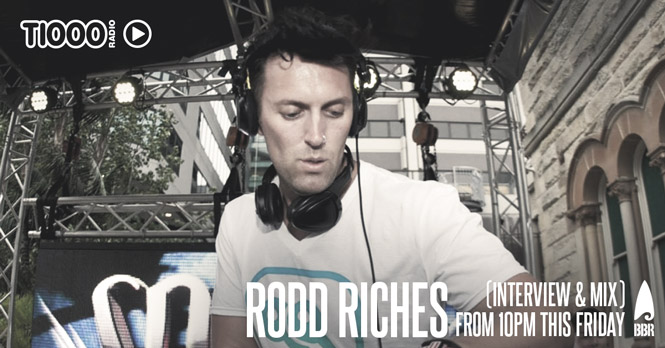 Our guest tonight has played alongside DJ’s such as Deep Dish, Supafly and Paul Van Dyke, his sound a blend between nu-disco and deep vocal house.

As a promoter Rodd is also partly responsible for Sydney’s longest running underground series ‘Ekythump’. With over 300 events, from 90’s warehouse parties to festivals on his CV, he is recognised as a true pioneer in the Sydney dance music community.

T1000 Radio’s James Blackmore will start the night off from 10pm this Friday: