AUSTRALIA DAY WEEKEND AT THE DEEN

This 2014 Australia Day weekend, The Deen welcomes Toolroom Records head honcho Mark Knight (UK) for an exclusive session featuring many of the classics from his world-respected label. The Perth event on 25 January will take over The Deen for a night-long celebration (9pm – 2am), with a host of special guests.

Mark Knight’s rise to the forefront of the international dance music scene has been more than just gigs and remixes; his contribution to the scene via his label Toolroom Records demonstrates abilities that far supersede the glorified title of ‘DJ’.

Since its launch, the Toolroom imprint has developed into an uncontrollable beast, celebrating success as the biggest selling label on Beatport – reaching the milestone of 100 releases in 2009 courtesy of Faithless. The label is also responsible for three of the biggest selling records on Beatport’s ‘Best Sellers List’.

As a producer, Mark has smashed the international dance charts with outstanding releases such as ‘Man With The Red Face‘, ‘Downpipe‘, ‘Good Times‘ and ‘Devil Walking‘. As a DJ, he holds international prominence, recognised the world over for headlining festivals and clubs from the Ultra Music Festival in Miami to the Terrace at Space in Ibiza.

This is your chance to witness one of the leading players in dance music culture over a defining Aussie weekend. 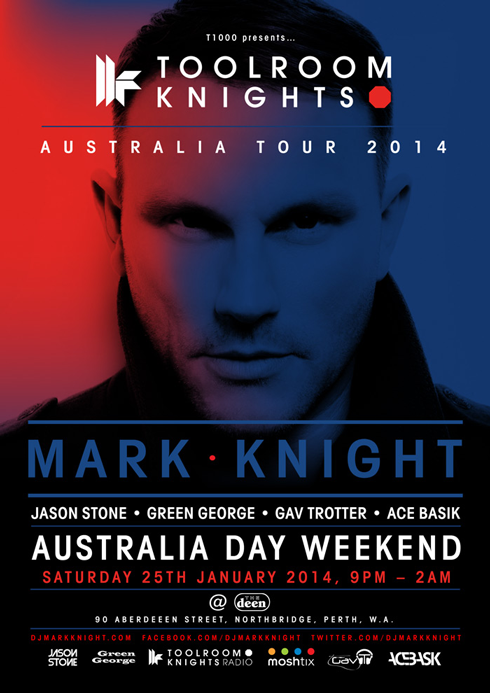