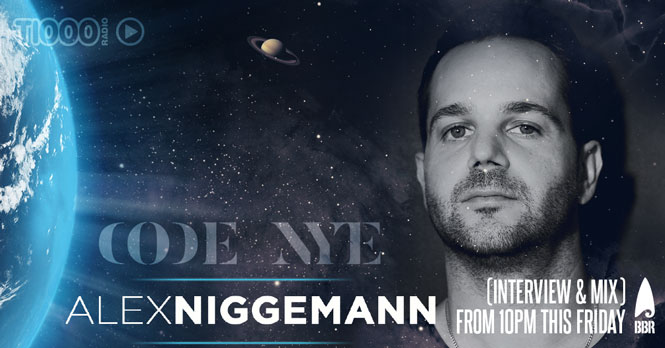 A name that has becomes synonymous with dynamic quality, Alex Niggemann is yet another talented producer hailing from the country that just keeps on giving, Germany!

Niggemann has become one of the great techno artists of his time. Now with his latest Balance Series collaboration along with a strong year of releases, he is heading down under for our CODE NYE special event!

Tune in Friday night for our CODE special show as T1000’s Mark Gilmour chats to Alex and we get a taste of the Niggemann flavor!

To enter, simply TAG THREE friends and SHARE this Facebook post on your wall for the chance to win. Winner will be picked by random and announced at 10pm on T1000 Radio featuring Alex Niggemann this Friday night at 10PM on Bondi Beach Radio.